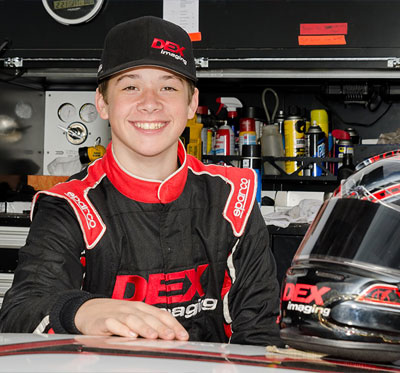 Burton’s current Super Late Model primary sponsor, DEX Imaging, a privately held document-imaging dealer, will also be the primary sponsor of the No. 12 K&N Series Toyota this weekend at All-American Speedway. They will continue their long-standing partnership with JBA in both the Super Late Model and K&N Series throughout the remainder of the 2015 season and in 2016.

“I am excited to have DEX on board as we break into the K&N Series,” Burton said. “I’m proud of what we’ve been able to accomplish so far. They have been such an incredible supporter of our team and I’m looking forward to taking this next step together.”

“I am honored to join Jeff Burton Autosports and have the opportunity to work with this successful team that Jeff has assembled,” said Lushes. “I have had the chance to watch Harrison grow as a race car driver and I’m extremely impressed with his talent. I look forward to building a great relationship with him and am certain this team will be contending for wins soon.”

Burton’s complete 2016 schedule is expected to be released later this year.

About DEX Imaging
DEX Imaging is the nation’s largest independent dealer of Kyocera, Konica Minolta and Canon document imaging equipment. Headquartered in Tampa, FL, the company sells and services printers, copiers, fax units, and digital data management software. DEX Imaging was founded in 2002 with two objectives in mind - provide quality service and give back to the community. The company donates one third of its profits to charities and educational programs within the markets where DEX does business. For more information about DEX Imaging, please visit www.deximaging.com.